David Graeber Discussion/Reading Group Online: The Dawn of Everything 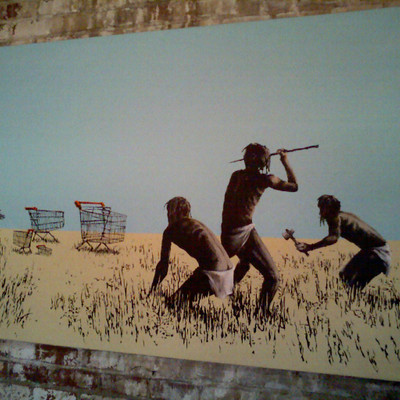 Organized by the Museum-of-Care Begins 830pm The writings of anarchist and anthropologist David Graeber have broken open new ways to think about our world in ways that couldn’t simply be dismissed by the establishment. Insightful anthropology of the many examples for alternative organization of society informed his writing as much as his social movement involvement and careful analysis of bullshit economics. The Museum-of-Care was an idea suggested by David before he passed away last year during the pandemic. Taking its name from the fate of an aristocratic palace in the centre of Paris after the French revolution (it’s now a museum) this experimental collective combines art, activism and reading to explore a world with more care in it. Graeber’s work looks at Debt, Anarchist Anthropology, Bullshit Jobs and the many ways in which ‘another world is possible’ in the words of social movements today. David Graeber in his work pointed out that not only is another world possible but many have already happened and everyday university histories of humanity tend to not tell these stories of alternatives. Join this online session to discuss the new (posthumously released) book, The Dawn of Everything book by David Graeber and David Wengrow (an archaeologist that David worked with; he’s still alive). The book won’t be out until October but we’ll be discussing an early summary article “How to change the course of human history” that the two authors wrote in 2018 before the book was out https://www.eurozine.com/change-course-human-history/ If you want to skim read this summary first, that’s great but we will also be starting off with a careful overview so you can also just bring your own experiences and join the discussion!
Registration is by the eventbrite link below