The Antiuniversity was an organisation and an education experiment in the late 1960s based in Rivington Street, east London.

It included iconic figures such as C.L.R James, Stokely Carmichael, Juliet Mitchell, R.D. Laing and Stuart Hall who wanted to break the structures forced by institutions such as schools, universities and hospitals.

The Antiuniversity wanted to allow people to meet each other without having to act out socially prescribed roles, believing that this would ‘expose the terrible reality of modern life, in which nobody really knew anyone, and spark a revolution’.

Despite being short-lived and mostly shrouded in mystery, the Antiuniversity continues to capture the imagination of anyone interested in alternative education, self-organisation, non-hierarchical structures and radical learning. 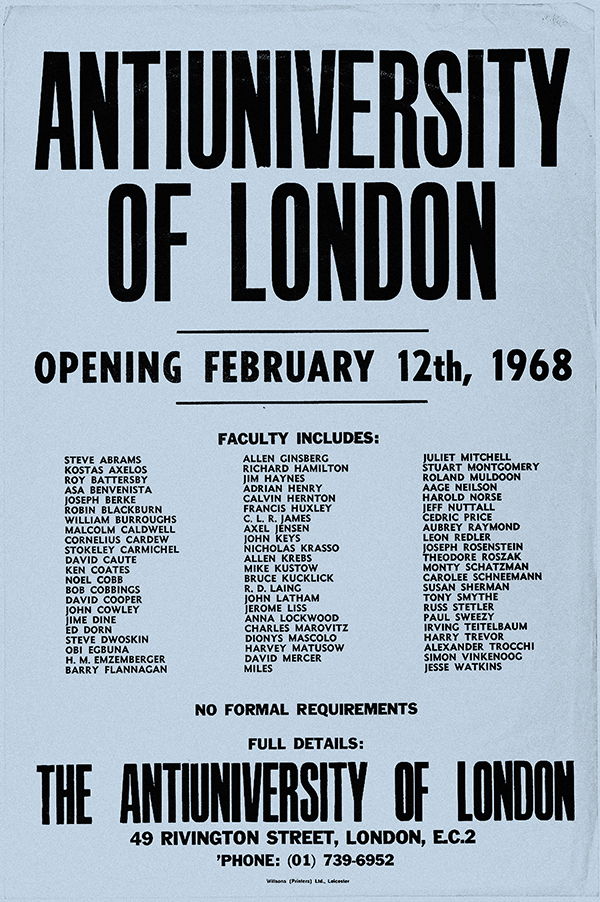 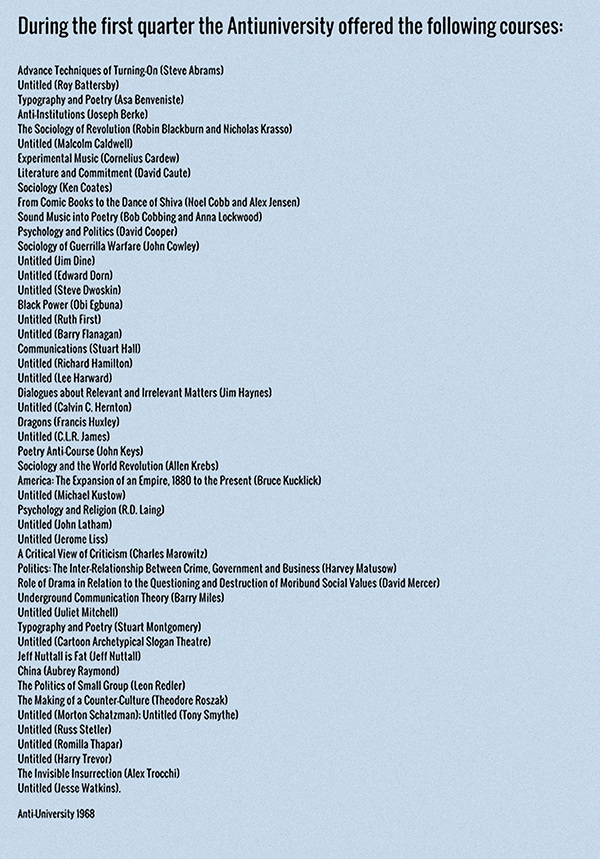 Courses from the 1968 Antiuniversity of London

All archive images courtesy of Joseph Berke and PP/JB/IPS, Planned Environment Therapy Trust Archive and Study Centre. Other images are by the Antiuniversity project team. Please reproduce with permission.