Race, Class and Gender: Why the Education System Needs to Change 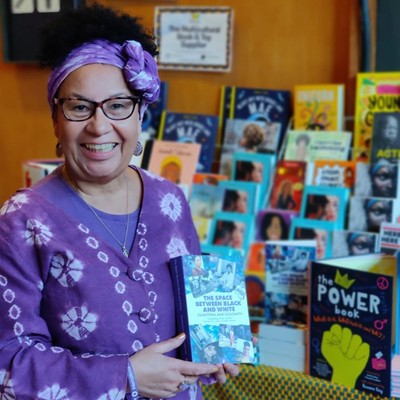 Dr Yewande Okuleye in conversation with Esuantsiwa Jane Goldsmith about her new book Mixed Race Memoir, The Space Between Black and White.

Esuantsiwa Jane Goldsmith grew up in a working-class neighbourhood in 1950s South London, the mixed-race daughter of a white single mother and a Ghanaian father she never knew as a child.

A highly celebrated feminist and political activist, Esua has dedicated her life to fighting for social justice and toward gender and racial equality. She was the first woman—and only woman of colour—elected as President of Leicester University Students Union.

Illuminating her inner journey growing up mixed-race in Britain, Esua Jane Goldsmith’s unique memoir exposes the isolation and ambiguities that often come with being ‘an only’.

Raised in 1950s South London and Norfolk with a white, working-class family, Esua’s education in racial politics was immediate and personal. From Britain and Scandinavia to Italy and Tanzania, she tackled inequality wherever she saw it, establishing an inspiring legacy in the Women’s lib and Black Power movements.

Plagued by questions of her heritage and the inability to locate all pieces of herself, she embarks on a journey to Ghana to find the father who may have the answers.

A tale of love, comradeship, and identity crises, Esua’s rise to the first Black woman president of Leicester University Students’ Union and Queen Mother of her village, is inspiring, honest, and full of heart.